The Principal London is a Grade II* listed landmark building that occupies the eastern flank of Russell Square in Bloomsbury. The opening of the 334room hotel on 16 April 2018 will restore the original grande dame to her former glory while administering a shot of adrenaline to the heart of London’s most literary neighbourhood. The hotel is steeped in history the Frederick Hotels Company having first opened its doors in 1898. Lavishly appointed and boasting a striking terracotta exterior with four British Queens guarding the entrance it was always intended to be a home to glamour and indulgence. Inside The Principal London, striking, contemporary interior designs by Tara Bernerd & Partners and Russell Sage Studio pay homage to the building’s illustrious history whilst providing stylish form and function for the modern traveller. The opening of The Principal London will create a hub not only for its guests but also for Londoners who have a passion for great food fabulous cocktails and memorable nights in the city. It will offer a variety of spaces for drinking dining and partying that will much like PRINCIPAL hotels themselves be distinct from each other and unique in their offering.

Kimpton Fitzroy London is a Grade II listed landmark building that occupies the eastern flank of Russell Square in Bloomsbury. The lavish property boasts a striking terracotta exterior and luxurious contemporary designer interiors, and is within a short walk from Covent Garden, Fitzrovia and The British Museum.

All rooms and suites have been completely redesigned to create a sense of modern luxury. They all feature free WiFi access and a Smart TV, along with a minibar and an en-suite bathroom with high-end toiletries.

Guests have a wide variety of dining options on site, including Burr&Co., which is a casual coffeehouse by day and a wine bar by night. Guests can also relax with a drink in the lavish Fitz’s bar. Breakfast, lunch and dinner are served in Galvin Bar and Grill , relax and enjoy coffee and tea service in Palm Court located in heart of hotel

The hotel boasts a large ballroom for up to 300 guests, as well as eight additional meetings and events spaces.

Kimpton Fitzroy is just steps from Russel Square Tube Station and less than 1 mile from Oxford Street and the numerous theatres of the West End. King’s Cross, St. Pancras and Euston stations are all reachable in less than 10 minutes by car. 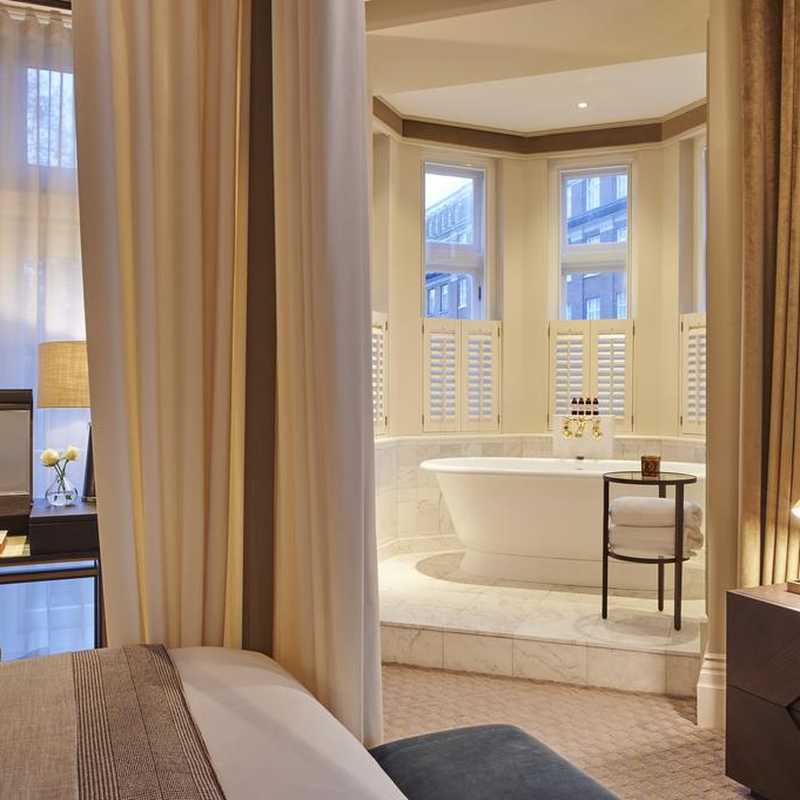